Everyone have different reasons for loving Paris, to me, Paris always have some places which are worth to visit.

Recently exhibition of “Metamorphosis. Art in Europe Now” is on display at Fondation Cartier pour l’art contemporain. They invited 21 young artist who are from 21 different countries, their creations were inspired by the past and pay keen attention to issues of the present. The center of their work processes are major contemporary preoccupations, metamorphosed: the preservation and recycling of materials, new takes on historical and cultural heritage, and the reexamination of identity constructions. They express themselves through various approach, the resulting works, lyrical, refined, or savage, reveal a strong desire to hybridize identities, cultures, and forms of expression. With poetry, fantasy, and humor, this new generation of artists is helping create the face of today’s and tomorrow’s Europe.

Here are some simple introductions of several artistes and their works. 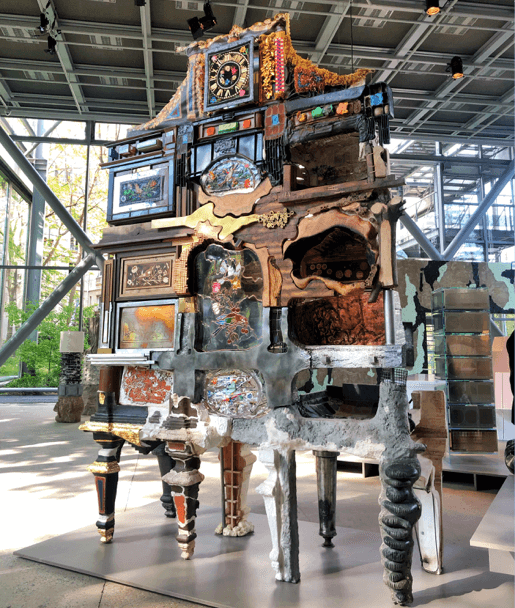 Graduation project in 2017, in this project, he used 3D printing, blown glass, marquetry… on this cabinet. As Lambridis puts it: “There are two opposing forces that shape everything we do and have ever done. One force ascends and strives for immortality. It consists of the need to impose order over chaos, the will to create and to change. This force is represented by the Badminton Cabinet, an extraordinary, baroque piece of furniture from the 18th century, a perfect example of sublime vanity. The other force descents and wants to die. It is entropy, the resistance of nature, the laws of matter, the artistic humility of Robert Rauschenberg’s Dirt Paintings. The Elemental Cabinet is the materialization of the collision of these two forces. It is the constant moral dilemma that the maker must always face.” 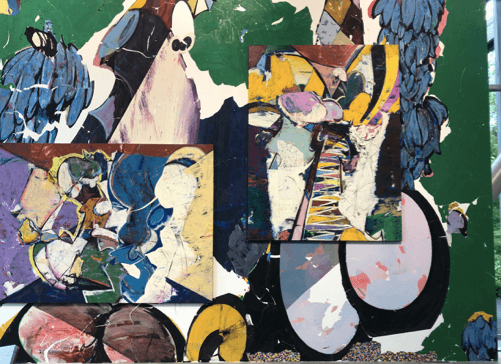 “Destroy then rebuild” plays a key role during his creative process. In an interview given in 2009 to the artist Zak Smith, Alexandros Vasmoulakis explained that his creative process contributes to the particular expression of his characters. This process begins by tearing up magazine pages, collecting fragments of other faces, mostly from glamorous commercials. The second step is the selection of the elements of the face – mouth, eyes, nose – and the mixture that he creates with his own drawing.

In fact, it is a collage, but that is not always seen in the final project, because everything is done in painting. 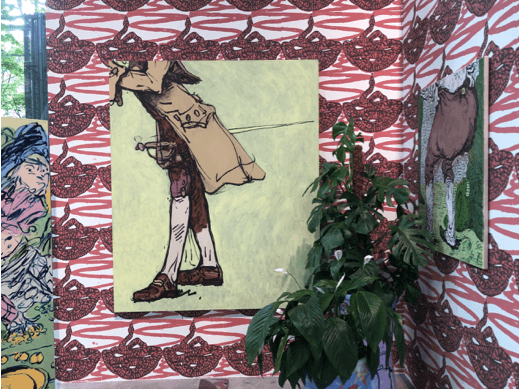 This British painter is always inspired by drawings, prints, and etchings produced in Regency-era. Charlie took of their political and social context, treats them instead as what the artist calls “a symbol of a certain type of taste”. 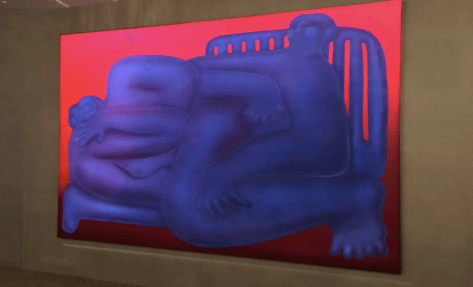 Often cited for their primal, seductive and nihilistic qualities, the eccentric, amorphous bodies are placed in a context of perpetual transformation as they subvert definitions around gender, form and disposition. “I don’t think too much into the idea of painting as it reminds me of art school, which dulled everything,” he says. “The simplicity comes from me consciously trying to avoid drawing a figure in the way I was taught.” “It is a digestible space,” he says of his canvas. “I do it more for me rather than anyone else. I have always enjoyed painting; it is the constant in my life. Ultimately, I made the decision that the work had to come from a genuine, honest and exposed place, before it gets abstracted through the dialogue of paint.” 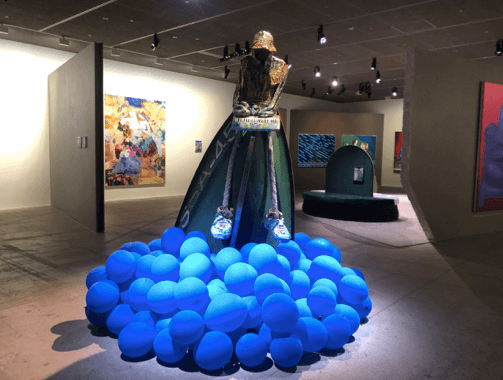 In Kris Lemsalu’s work, she always merges humain, animal, nature…etc. In this work, she refutes any hierarchy of materials: the delicacy of porcelain is associated with natural materials ans found objects such as blankets, clothes, blue ballons aa Soviet-era fishing boat, and rope.

To me I was shocked by their capabilities of express their believes, their reflections to the society by art. We all should appreciate that in this world there are still some young peoples who are holding their dream, breaking the border and giving us opportunities to observe and think the world.