Halloween, Hallowe’en,  also known as Allhalloween, All Hallows’ Eve, All Saints’s Eve or Fête d’Halloween (French Halloween) has been a tradition celebrated for years throughout the Hexagon.

Originated among the Celts, this event was not the feast of the dead, but instead the feast of the New Year. Back then, the Gauls carried out a ceremony to ensure that the coming New Year would take place smoothly.

As a tribute to the last day of October, when darkness creeps into Paris between 5-6 pm and the cold breeze chills one’s spine, a camp of bats opened up its door within rue Henri Bocquillon’s Campus to welcome the night creatures of TBS.

The very first event of the newly-formed TBS Parisian BDE, we bats transformed the campus into our cosy little haunted house with spider webs, skulls, and wilted leaves. Just as you thought the choice of decoration was creepy enough… A horror movie or videos were projected in the entrance and classroom for the most intrepid.

Among the presence of the night creatures, a sense of competition emerged.  Witches, Fallen Angels, Walking skeletons and even Greek mythology monsters, were fighting for the title of the night: The Best-Costumed! 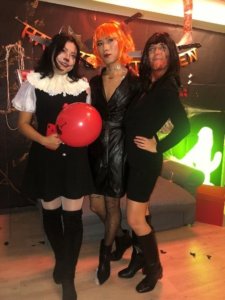 Congratulations to Austen, Xin and Chiara

“Halloween without Jack-o’-lanterns?” No way. Night creatures enchanted their spells with brushes in their hands, transforming the orangey gourd into our very own Jack-o’-art pieces. 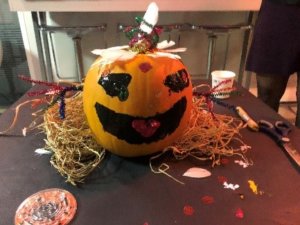 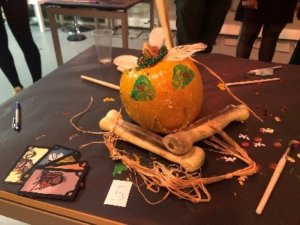 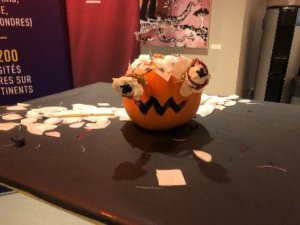 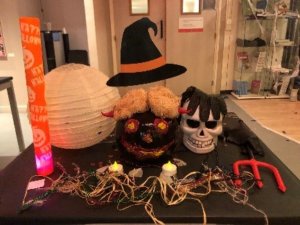 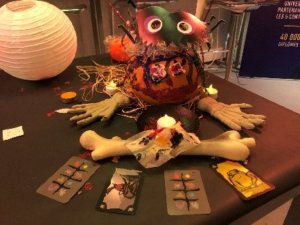 Which one is your favourite?

With a party full of hungry spirits, we quenched their thirst with bloody spaghetti, hot dogs in the shape of  “chopped” fingers, “flesh” on the skull and of course, some cursed candies to do the trick.

As twilight approached, the tribute came to a halt in a mascarade afterparty in the 9th district, where all-night creatures’ convened on a wild dance floor. 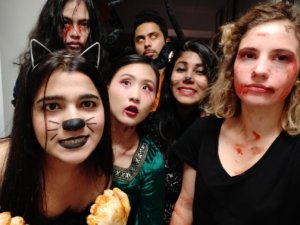 Brought to you by TBS BDE Paris