What do you get when you hear “Satisfaction” in the newest arena in Paris?  One of the best rock shows to inaugurate a stadium by the Rolling Stones and I was there to see this amazing show at the new Paris Racing 92 stadium called the U arena.

It all started with my participation with the sports association at TBS.  We were doing a little work for a sports clothing startup named Frontrow, a company owned by the Paris Racing rugby player, Census Johnston.  Census is originally from New Zealand and he’s been playing for several French Rugby teams since 2006.  He played in Biarritz, Toulouse and now in Paris. He plays in the front row as a pilier and is one of the oldest players in his position, but that doesn’t seem to stop him as he is still a huge force. He started his athletic sports leisure clothing line a few years ago and is building a lot of fans in Europe and in New Zealand.  We met Census in early October to discuss the project with him, who is a mere 189 cm and 137 kg, and that’s how the story started.

Later in the month, he happened to have 2 spare VIP tickets to see the Stones on Sunday evening and I happened to be free that evening.  The new U arena can hold up to 40,000 fans and is the largest arena in Europe. 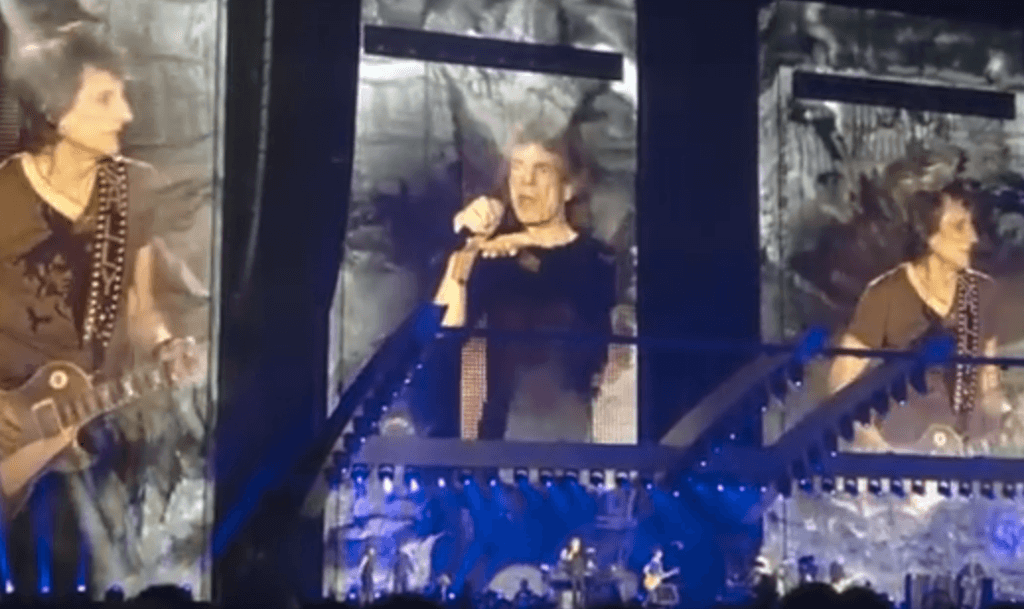 We had a great view and were definitely treated like VIPs as they gave us an aperitif with champagne and all the advantages that one would expect sitting in the VIP area where it is very much the best seats in the house.

I was there with Census and his wife, both very nice and we all enjoyed the over 2 hours of a show that ended with “satisfaction,” and we got a lot of it.  Thank you Census and thank you Mick for a fantastic evening.